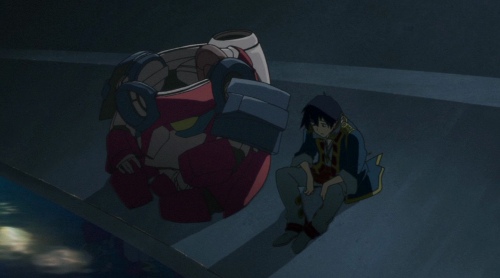 Plot: Having finally understood and come to terms with the imminent lunar based threat against their species, our humans in this saga demand restraint and discipline against the one person who has defended them.

Art: At the risk of repeating myself (repeating myself, repeating myself) from the previous episode, the cityscapes and art were even more breathtaking than before. The fact Gainax hasn't released Gurren Lagann in Blu-Ray or another form of 1080p media was once a major inconvenience, but now it borders on criminality. Just saying. 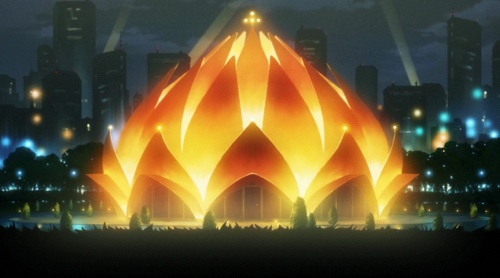 Explanations: Amongst the issues I've raised with this series in the past, one has been their incredibly speedy technological progress from subterranean dwellers to futuristic city dwellers. After reanimating the former Spiral King in a large, Futurama-esque jar, Rossiu learns of the spiral power that gives humans the power to progress so rapidly… and pose a threat. 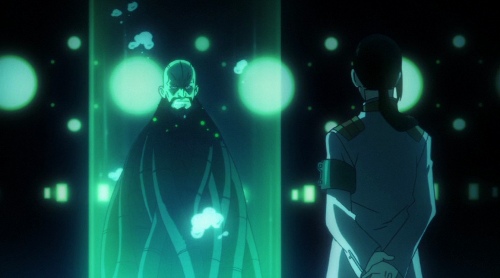 Mindf*ck: I'd long anticipated the enemy's actions weren't as black and white as they seemed, but it does seem Our Heroes really had no idea who the real enemy was. That said, that Spiral King was still incredibly obtuse, and only by reanimating his corpse without emotions were they able to learn the whole truth (Nia aside).

Science fiction: Lots of Star Trek here. Their enemies fly ships that bear an uncanny similarity to the Enterprise-D, defended by energy fields we'd call shields. Finally, the idea of a civilisation wanting to neutralise a potential challenger before they can advance was the plot of Star Trek First Contact. The anti-spirals are The Borg! 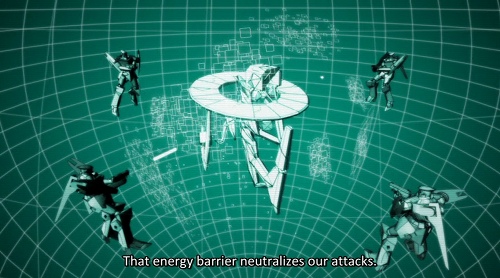 Quotable quotes: "Shame he's not a mecha… THAT we could fix".

Relationships: In his (albeit understandable) capacity as scapegoat hunter, Rossiu further strains his relationship with Simon. I hope we see a resolution of this, they worked so well together in the past. 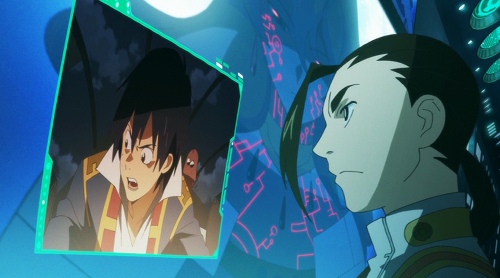 Homages: Was it just me, or did it look as though Evil Nia transformed into an Evangelion-eque character with one of their plugsuit things? I know very little about Evangelion, but lived with people intimately familiar with the series a few years ago!

Heart tugging Will Simon get his beloved Nia back, and ipso facto will we, the viewers, get her back? That reminds me, I still haven't found a[n affordable] Nia figure anywhere. 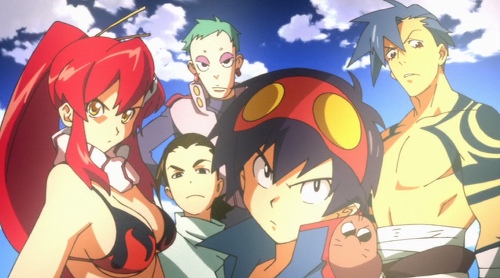 Absense: Yoko, and the fabled "Gainax bounce" which I was informed of today. Are they setting it up so she's instrumental in saving them in the future?

Meaning: Essentially, this series has taken the concept of Fibonacci numbers we see in nature but can't yet explain, and added meaning to them, and the plot for a story. The idea of everything from galaxies to the double helix being a spiral, and therefore the essense of who we are… I thought that was a really beautiful concept, and only makes me want to get a drill to wear around my neck even more! 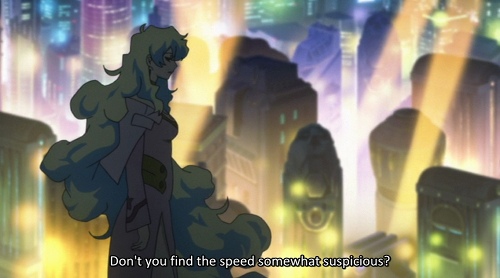 Conclusion: Despite my two favourite characters being taken out of action for reasons that weren't their fault, I otherwise loved this episode. While I can understand some people may have reserveations about some of the fanservice (of which this episode was surprisingly absent of), I don't grok those claiming the series is shallow. I'm looking at you, Sydney Morning Herald writers! 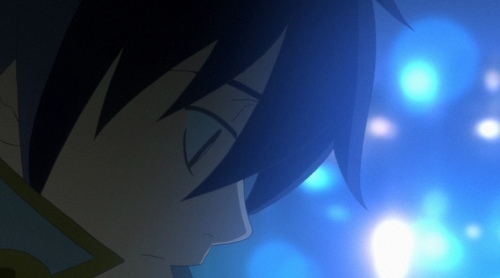