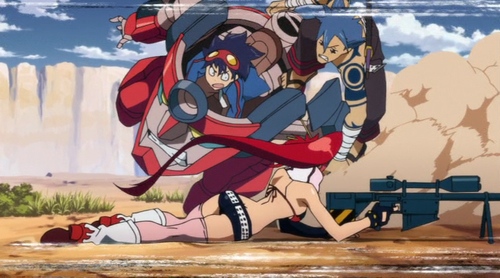 Not even a power failure could stop me from publishing this next Gurren Lagann summary post!

Empathy: While we can understand Yoko's disappointment at Simon tagging along with Kamina and her frustration at his lack of combat readiness, it still made me feel personally insulted when she talked behind his back like that! If I were in their situation, I'm clearly a Simon not a Kamina! Still, its a sign of how strongly cast the characters are here that I'm empathising with them so strongly already!

Physics: We get a glimpse into just how technologically advanced these enemies of theirs are that their machines can literally be merged together in a destructive drilling fashion (stop thinking like that), and they end up becoming stronger. 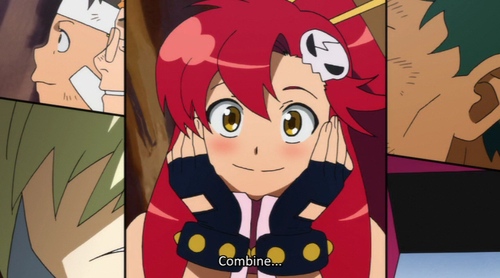 Enemies: So originally these enemies all looked like Chewbacca (in related news, Trek > Wars, just saying), but the elite guy Kamina and Simon battled with in the hunting grounds was creepishly human. He's a blond guy too, so he must be evil ;).

Facial expressions: Can you forgive me for being so mean behind your back if I pull a cute facial expression? Simon blushed, but I can tell you right now that wouldn't work on me. Which is to say, it most likely would. 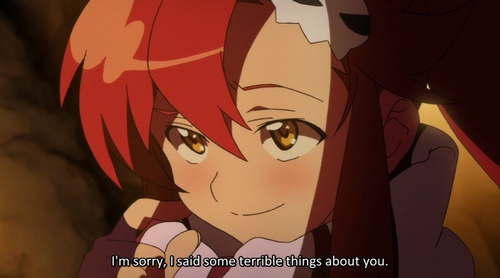 Explanations: Their source food and weapons that I questioned in the previous episode's notes were explained. It also struck me just how successfully they've suspended my disbelief that these gigantic machines that look like faces can be piloted and merged, and that the characters came from underground, but I had a qualm with supply lines ;).

Heart tugging: I don't know whether its the characters, or the situation they find themselves in, or the pacing, or the story, or all of the above, but at the end as Kamina says goodbye and they leave for their quest, I choked up again. Gainax, what have you done with my brain!? 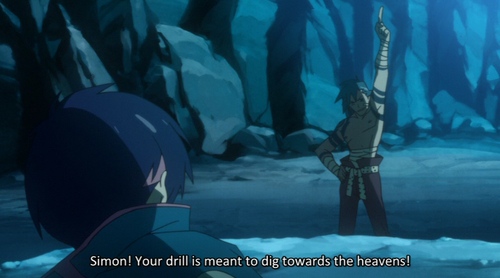 Bonds: I don't care for your reasons Yoko, you can't break us up. He and I are a team that believe in each other, and that's why we work! Awww :').

Conclusion: This anime wastes no time. These characters only just met each other, two of them have only been on the surface for a tiny fraction of their lives, and already they've banded together and are going on a quest reminiscent of Tolkein (that's okay to say, isn't it?).

Suffice to say, I see why the critics loved this, with the exception of that silly writer for the Sydney Morning Herald who probably waves those darn kids off his lawn with a broom. That reminds me, I need to scan and discuss his qualms at some point too. Where does the time go? 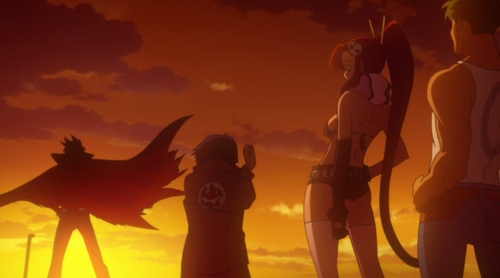