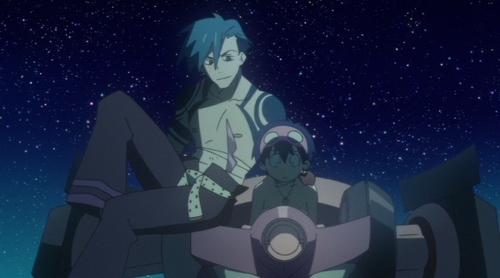 My summary posts after watching another episode of Gurren Lagann continue!

Characters: So often shows go out of their way to be melodramatic or funny, but Gurren Lagann has just the right amount of both. Case in point, an ultra fabulous new character who in the midst of heavy artillery fire makes them all cups of coffee.

Conveniences: So they live on the surface now, but where are they getting their food? Their coffee beans? Their endless supply of weapons? 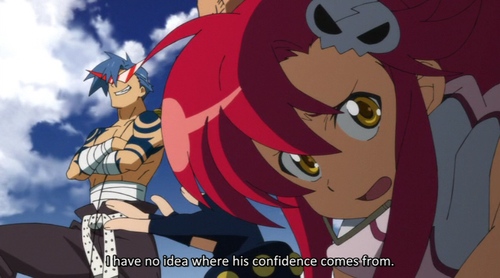 Breaking the forth wall: Yoko talking to us having been unimpressed with Kamina's shenanigans was hilarious ^^.

Going beyond limits: By believing in yourself and having passion, you can pilot your very own Gunman! Simon is able to pack quite a wallop in his little pocket rocket, and Kamina is able to overcome a system security lockdown with fire in the belly. I'll be sure to try that next time I want to launch my own privilege escalation attack against a server! 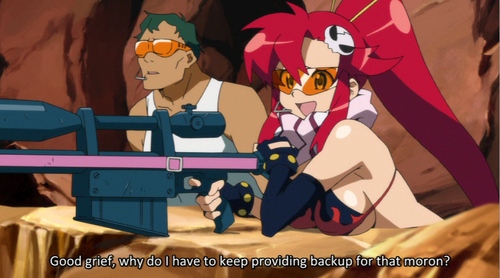 Nonchalance: So an acquaintance of yours is under threat, and you save them with a single fire from your overly massive rifle. No problem!

Conclusion: A bittersweet episode where they've come so far, learned more about what was causing events in their underground village, found what they're looking for… and have to live with it. For the second time in a row, I choked up at the end. Seriously. 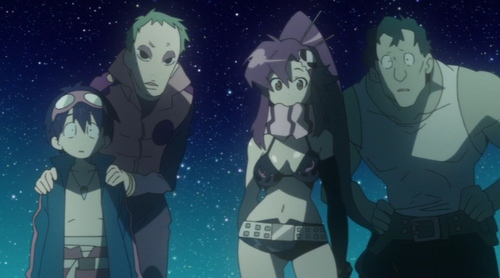