I haven’t been to an anime convention for at least a couple of years, so it was a ton of fun to head over with Clara to Anime Festival Sydney 2020, still probably better known as Madfest. I wondered if people’s fears over COVID-19 or the increasingly-overcast sky would put a dampener on things, but the venue was still packed; albeit without some of the voice actors from Japan.

Clara cosplayed as Ereshkigal from the Fate/Grand Order mobile game we’re both unreasonably obsessed with. I came in my Tamako Market shirt that I bought from the market that inspired the series back in Kyoto, as a kind of tribute to Kyoani after their misfortune last year.

Naturally we went to the Fate/Grand Order stall first, where Clara was gracious enough to take a photo of her awkward boyfriend and his favourite servant. Was that a phone in my pocket, or was I just… 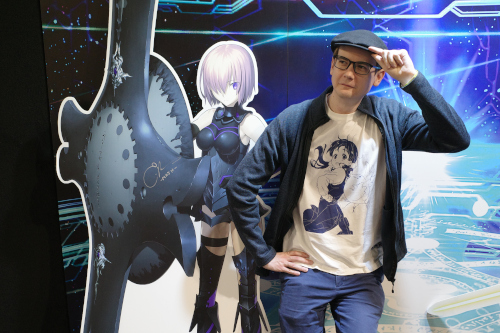 After lunch everyone dressed in Fate costumes were invited by the organisers to the roof for some photos. This shot of the staff member dressed as Emiya/Archer instructing everyone’s positions with Sydney in the background was my favourite candid shot! 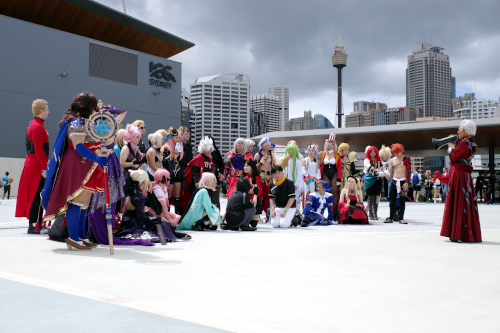 Perhaps as a testament to how massively popular this enduring franchise is again, it was difficult to get any closer shots before being photobombed by another fan with a smartphone or obsessive camera gear. Here’s the crowd from the side with photographers on either side cropped out. Clara’s the cute character in the red and black dress in the lower right. ♡ 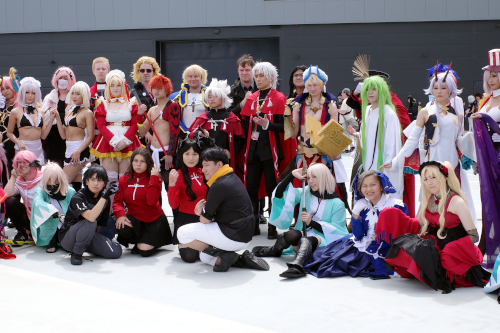 The other highlight of the day was finally seeing my colleague’s Somnus Quintet perform a selection of anime and video game music including Studio Ghibli and Final Fantasy. They were shockingly good; they respected the emotion, nostalgia, and setting of each piece, while imbuing them with their own flourishes and personality. During some of the more heartfelt pieces I caught glimpses of more than a few people in the audience—young and old—tearing up a little. They were a tremendous act, and you should most definitely hire them. 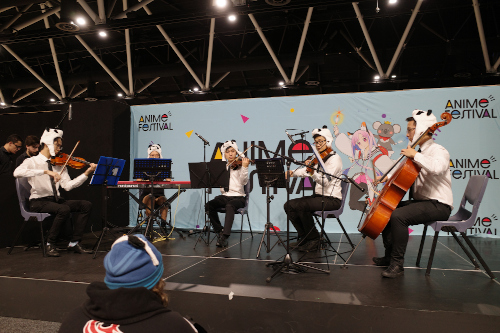 It was such a fun day. I used to go to conventions like this all the time, and it was the anime club at my university where I met Clara more than seven years ago now. I’ve felt a little disconnected from the community of late; any time there’s been an event or gathering I’ve had work or family responsibilities, or a touch of illness. I’m glad I was able to make the time again today.