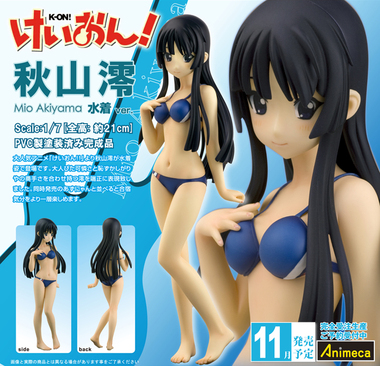 Never in a million years would I have reckoned I'd go to JBOX to have a literary adventure… in English?

When time permits, I browse the JBOX site not necessarily for the ultimate purchasing of goods, but merely to ascertain if there's anything cool. Of all the online retailers of Japanese goods, they're the best mob I've dealt with, and Peter Payne is a really nice guy.

Granted Mio is my least favourite character from the series, but in scrolling through the search results for K-On material, the description for one of her figures caught my attention:

Figure maker Alphamax presents this adorable new look at Akiyama Mio from the hit TV anime and manga K-On (Keion). Mio is sporting a blue bikini and looks diagonally with a coquettish pose at the viewer [..]

My first thought when I read that was… how does one look "diagonally?" Is it a form of observational relativity whereby if I tilt my head I cause your eyes to align diagonally to my plane of vision? Judging from her pose I surmised this had more to do with how she was positioning her head relative to her body, not in her eyes specifically, so I figured this warranted no further attention. See what I did there? 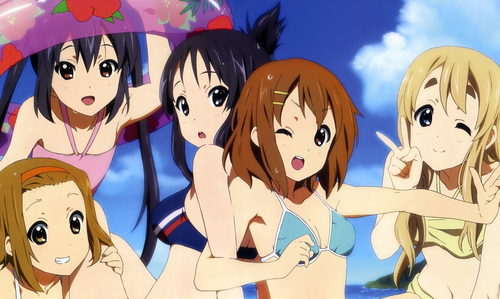 The second term that struck me was "coquettish", which given I had yet to sup led me to think of "croque-monsieurs", those delectable French grilled cheese sandwiches. Ironically the best croque-monsieur I've ever had was in Austria. There are large numbers of French speakers in Switzerland, but Austria is overwhelmingly Germanic, though I concede there isn't necessarily a correlation to one's tongue and whether one can cook regional cuisine, despite the critical role said organ plays in the consuming of comestibles. If it were true, I'd be exemplary at cooking… German kangaroo in haggis?

Which reminds me, do you recall when I used to refer to grilled cheese sandwiches constantly here?! Such was the extent of my obsession some of your even submitted recipes and suggestions and used them in your comments! I think Sparx took the cake in 2009… or the sandwich :) 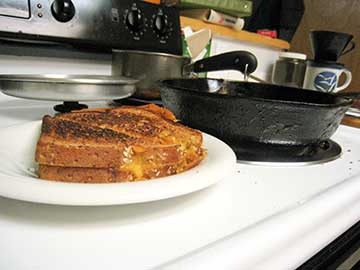 Upon consultation, my media university student sister knew of the term, so I just assumed it was another meme I wasn't cool enough to understand. Using Wiktionary — The Free Dictionary That Anyone Can Edit — to uncover the meaning of the term lead me to this definition:

A croque-monsieur is a hot ham and cheese (typically emmental or gruyère) grilled sandwich. It originated in France as a fast-food snack served in cafés and bars.

Emmental is one of my favourite hard French cheeses! Hey wait a minute, not only was that the incorrect term, it was also derived from Wikipedia and NOT Wiktionary. Let me just say it for you: Ruben, you're not being very coquettish.

In her capacity as my literary advisor, my sibling claimed that while this definition may have been relevant in the past and spoke to the term's origins, it was insufficient to describe how the term is used online today. She alleges it refers to a girl who only flirts a little, but cutely.

She also claims the word is used heavily in cheesy romance novels, which makes sense given the word's startling resemblance to the culinary dish referred to as croque-monsieur.

Needless to say, this whole escapade has left me feeling rather lacking in literary perspicacity. Oh well, it's always in the last place I look.

We end with another picture, this time not necessary with much coquettish-ness (I'm still unsure about that term) but with all of them looking happy. Mio has perhaps the most extreme version of the "New KyoAni face" I've seen in this one!

It's so cold in Australia right now >_<. 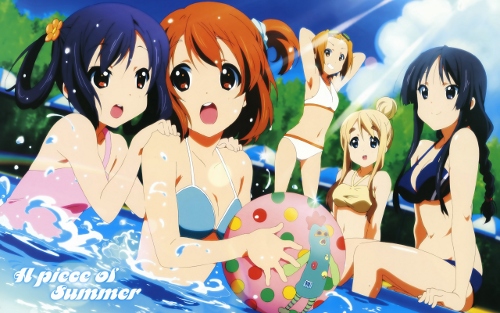