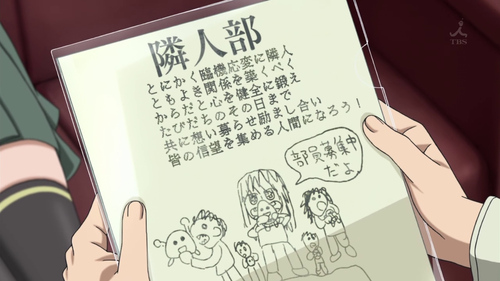 Going through my masses of unwatched anime, on a hunch from Robbie in our anime club I decided to see what Boku wa Tomodachi ga Sukunai was be all about, given it has a second season out now. Suffice to say, it wasn’t entirely what I was expecting!

As the title suggests, this 2012 series revolves around socially awkward people who come together to make friends. Reading the plot descriptions, I was imagining the series very much like my experience with the anime club at UTS. I can’t begin to describe how much this club has helped me make friends and feel accepted, particularly in a new city. 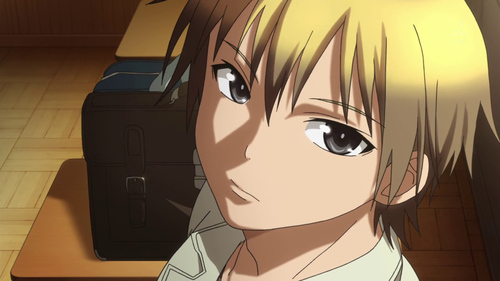 Naturally, we have the usual Transfer Student who’s arrived at the school, and just like me he has blonde hair and menacing eyes. Well, mine are more panda than menacing, but there you have it. Through him, we meet the other horribly awkward social misfits the series will revolve around.

Immediately from this first episode I was drawn to the characters. Each serve as a larger-than-life representations of different stereotypically awkward people. Hasegawa Kodaka plays the roll of a legal alien among his peers who’s misunderstood and feels out of place owing to his Western features. 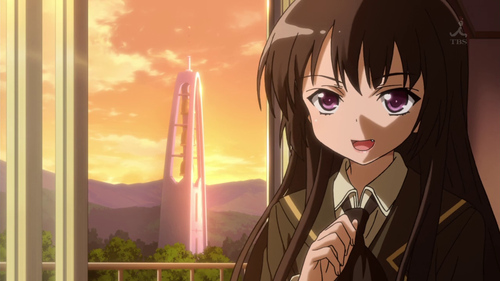 Mikazuki Yozora (above) is resolute and strong willed, but seemingly copes with social awkwardness through bullying and insults. Kashiwazaki Sena (below) is the stereotypical popular girl who’s social standing, attitudes and looks render it difficult for her to make real friends. 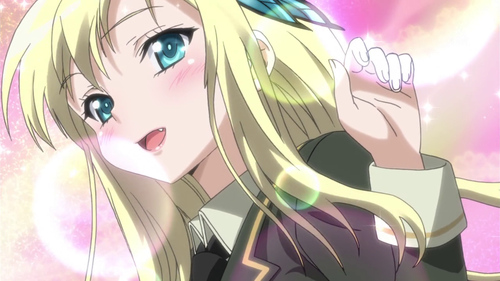 Superficially, I really liked the art. The scenery is colourful and detailed, and the characters themselves have lips! Perhaps not as groundbreaking as Mugi-chan’s eyebrows, but anime characters having lips in this day and age? Madness! 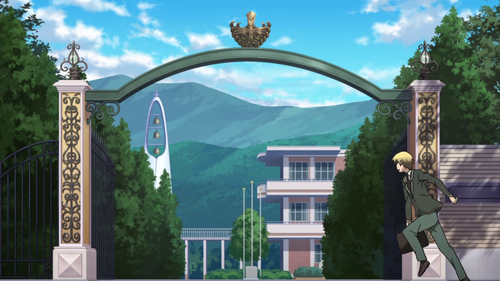 I’d said this series wasn’t what I was expecting, partly because it has more of a story than I thought it would. As I’ve come to expect from anime promotion, a large number of the posters and fanart for the series are rather suggestive. The series does contain some fanservice, particularly centered around Yozora’s legs and Sena’s… talent. Here’s hoping Kodaka has his shirtless moment during a beach or hot spring episode. If I’m going to be viewing the series vicariously through him, the least he can be is devilishly attractive himself.

Honestly, I’m very much interested to see how these personifications of social awkwardness overcome their fears and make friends. Assuming that’s what the series really does end up being about, and I’ve read conflicting reports. Should I be taking notes? 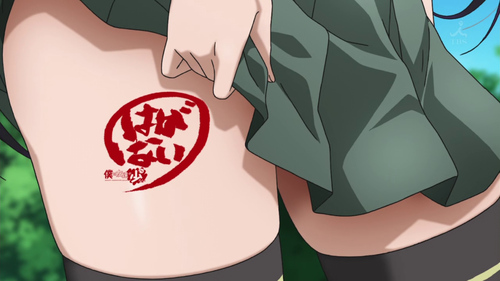 As an aside, I didn’t beat my last anime review record of seven minutes. This took a whopping nine minutes, partly because the latest build of mpv from Homebrew decided to stop supporting screencapping, and I was forced to break open VLC with its neverending font caching.