This story is so quintessentially Canberrian: fake numbers, political denials, and an embarrassing misunderstanding of technology.

Where to start? Let’s go to June of this year, when Lord Mayor Clover Moore added the City of Sydney to a burgeoning list of jurisdictions recognising a climate emergency. It was already the first Australian council to be carbon neutral, and aims to be both fully powered by renewables by next year and to cut emissions by 70 per cent by 2024.

This platform, along with her comments about Commonwealth inaction on climate change, had understandably perturbed Canberra. Mmm, that’s some good metonymy. Scott Morrison has made no secret of his disdain for climate science, going as far as to claim there was no credible evidence linking carbon emissions and the current bushfires. I’m unsure how he got high from forests burning, when the rest of us just got heavy chests and coughs.

So when cabinet minister Angus Taylor downloaded a report from the City of Sydney’s website showing Ms Moore had spent over $16 million on travel, he leaped at the opportunity to point out her hypocrisy, claiming that she should “limit unnecessary air travel” if she wanted to take “meaningful” action. He forwarded the letter he wrote to her to the Daily Telegraph, who gladly printed a long article around hypocritical greenies without fact checking.

Except, as you probably figured out from my previous comment, the figures were entirely bogus. Orders of magnitude bogus. The report showed her total travel costs were less than $6,000. And as Ms Moore herself was quick to point out, her entire staff of over two thousand people only spent $200,000, eighty times less than what Angus Taylor claimed, and the Telegraph reported.

To put that into perspective, is a phrase with five words.

Mr Taylor’s first response was, predictably, to deny the documents were altered by his office, and branded the accusation by the Lord Mayor as a conspiracy theory. I believe my initial reaction was depicted below: 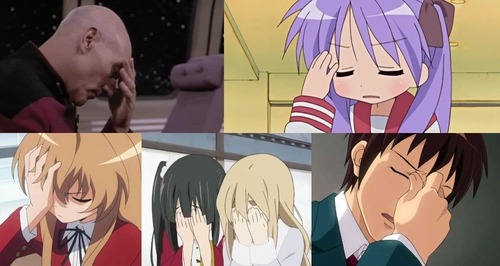 Inconveniently for his case, metadata evidence provided by the council showed conclusively the documents on the website hadn’t been updated since November 2018; well earlier than when Mr Taylor’s office claimed to have downloaded them. These included screenshots, metadata from the website’s CMS, and even links to the original documents on my beloved Archive.org.

The matter was referred by shadow attorney-general Mark Dreyfus to the New South Wales state police, as it’s a crime to use false documents to influence the exercise of public duty. The outcome of that investigation, and the source of the numbers, remain an open question.

To his partial credit, Angus Taylor eventually bucked to public pressure and “unreservedly” apologised in late October. Nowhere in his letter to Clover Moore, or in any of his press statements however, did he disclose where the numbers came from, so absolutely nothing was cleared up.

Fast forward a month, and the federal opposition pushed Mr Taylor yesterday on whether his mislead parliament. He continued to deny he or his staff altered the documents. And yet the prime minister denied a freedom of information request to clear Mr Taylor’s name, and refused to stand him down from cabinet. What does he know?

Which leads me to why I’m so concerned about this story. Speaking as a professional in the field, I’m satisfied with the council’s digital evidence that the documents weren’t modified. So the burden of proof is on Mr Taylor to confirm where the discrepancies in the numbers came from.

I take seriously the charge that systems were modified. Trust in our IT infrastructure is critical, especially when it involves government departments. It’s why I rallied so hard against the bungled My Health Record in Australia. If Angus Taylor has proof that documents or servers were altered, he has a responsibility to disclose it.