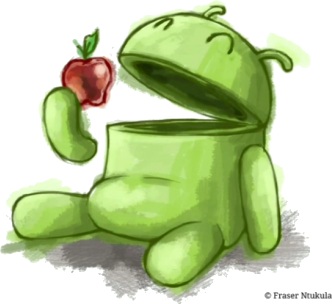 The soap opera of Google Android versus Everyone Else continues.

We offered Google the opportunity to bid with us to buy the Novell patents; they said no.

Why? BECAUSE they wanted to buy something that they could use to assert against someone else.

Google says we bought Novell patents to keep them from Google. Really? We asked them to bid jointly with us. They said no.

I'm surprised John Gruber of all people would take these Microsoft tweets at face value; at this stage it's just Microsoft's word against Google.

Still, if it's uncovered Google declined to be a part of the patent consortium with Microsoft and Apple because they wanted all the leverage for themselves, it blows their entire altruistic defence argument out of the water.

From the Official Google Blog:

If you think about it, it’s obvious why we turned down Microsoft’s offer. Microsoft’s objective has been to keep from Google and Android device-makers any patents that might be used to defend against their attacks. A joint acquisition of the Novell patents that gave all parties a license would have eliminated any protection these patents could offer to Android against attacks from Microsoft and its bidding partners.

So their logic is, only by having the patents to themselves can they defend the patent infringements in Android, and their competitors know this. This seems to just reinforce Frank X. Shaw's last tweet, this is a move to save themselves not the industry. Gives new meaning to that graphic they used in their Google IO slides.

This goes for Apple, Oracle, Microsoft, Google and everyone else: please treat us with a little respect and be candid about your motivations with all this patent nonsense. We're all getting tired of it.

Maybe I'm just bitter than I can't get a webOS phone here, and the Nokia N9 looks amazing but is doomed to failure.