Walk past the entrace to Lemon Grove’s carpark in the Sydney suburb of Chatswood within which I reside, and one may notice a revision to its clearance sign. A lighter patch of yellow next to the scalar value of the ceiling height now exists. 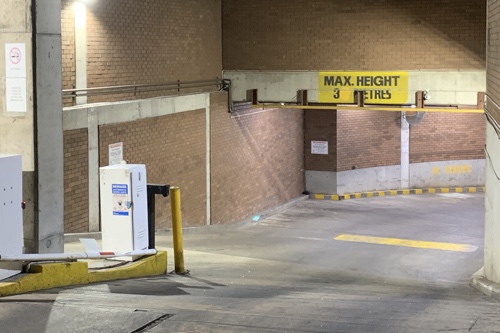 Clara and I discussed what that could be for. It could be covering:

It’s safe to say that all were contributing factors. Like 2 and 8 to 16. Hey, maybe one of those were a former number on this sign.