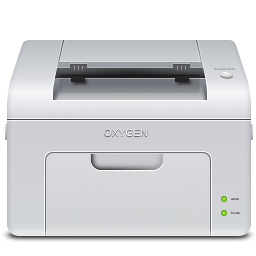 This evening, my father and sister needed to print some documents. No problem, our intrepid printing hero thought to himself as he gathered up the memory keys containing said documents. Proceeding into the loungeroom while ignoring his mixup of first/third person writing in the weblog post account of his exploits, he proceeded to perform the printing asked of him.

Alas, the hardware in the family home was to have none of this. The HP OfficeJet 5510 was out of commission, owing to its printer head being damaged in the latest move. The HP LaserJet P1005 was similarly on standby owing to a lack of toner. That printer had become rather fond of the stuff.

The Canon Pro9000 was another story. Upon attempting to print, I was presented with an OS X printer error message of doom:

Support code : 306 A communication error has occurred. Make sure the printer is plugged in, powered-on, and properly connected to your computer. Then try printing again.

I’ve seen “communications error” messages before, but this 306 error was new to me; as were the five rapid blinking amber lights. Service manual references from people in forums suggested solutions for three or four blinking lights, but not five. Replacing the cartridges, restarting the printer, removing and adding the printer in Print & Scan and bribing it with coffee beans didn’t seem to make a difference.

The next step will be to hit up the Canon Asia-Pacific website itself, when I’m more awake.

Alas, this is the downside for being the IT support department for a family. It also raises the question: why didn’t the family just buy another EPSON? We’ve had EPSON Stylus Color [sic] 400, Stylus Color 440 and Stylus Pro 1270 printers that all worked flawlessly, and were only replaced for newer models or when they suffered physical damage during moves. Ditto our HP printers. Unfortunately, this Canon has been thirsty, fairly unreliable and expensive.

Perhaps this was karma for recommending a Lexmark to a former bully from high school.