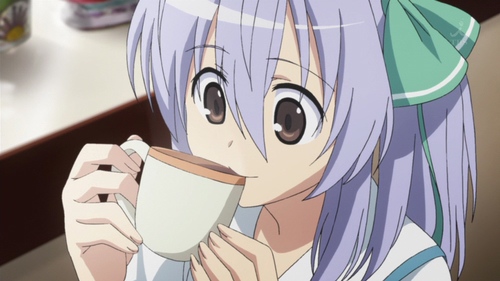 Read it on The J-Walk Blog from Reuters, so it must be true!

From the report itself, which J-Walk also quoted, which means this post may qualify for some serious Inception:

Young American adults have increased the amount of coffee they drink daily in 2011, after feeling better about their finances following the global economic crisis, a survey showed on Saturday.

Funny, I would have thought drinking coffee to cram for more exams to get into the fewer available jobs would be endemic of further financial difficulties and job problems. Go figure!

For what its worth, I started drinking coffee when I was 14, so I could stay awake during my mum's super early chemo sessions. I used to drink six cups a day, but I'm down to two now and no longer get serious caffeine headaches if I miss out. Ironically, I feel I have more energy as a result.

Having only just wrote an entry about coffee, I noticed in my PayPal inbox that Roel247 donated a cup of coffee to me a few days ago! I wanted to thank him personally here for being so friendly :).

For those who don't know, Roel was one of my most loyal supporters of the Rubenerd Show back in the day and is one of the most genuinely nice people I've ever had the plesure of conversing with. One of these days I'll go to The Netherlands and meet him, this much is sure :).