I loved reading CD-ROM and dead tree atlases—atlasii?—as a kid, and I still adore maps. But there are swaths of the world I’m not as familiar with as I should be, so I’ve been trying to fill in the gaps. Today I was comparing Algeria to other places in North Africa, and the penny only just dropped how big it is.

According to the CIA World Factbook, Algeria is the 11th largest country in the world with a land area of more than 2.3 million square kilometres. For comparison:

My hunch is that evil Mercator projection is responsible for making me think northern Africa was smaller than it actually is. Here’s Algeria over the top of Australia, South-East Asia, the Sea of Japan, and the US, using the awesome True Size site. Australia and the US are at a different scale to fit. 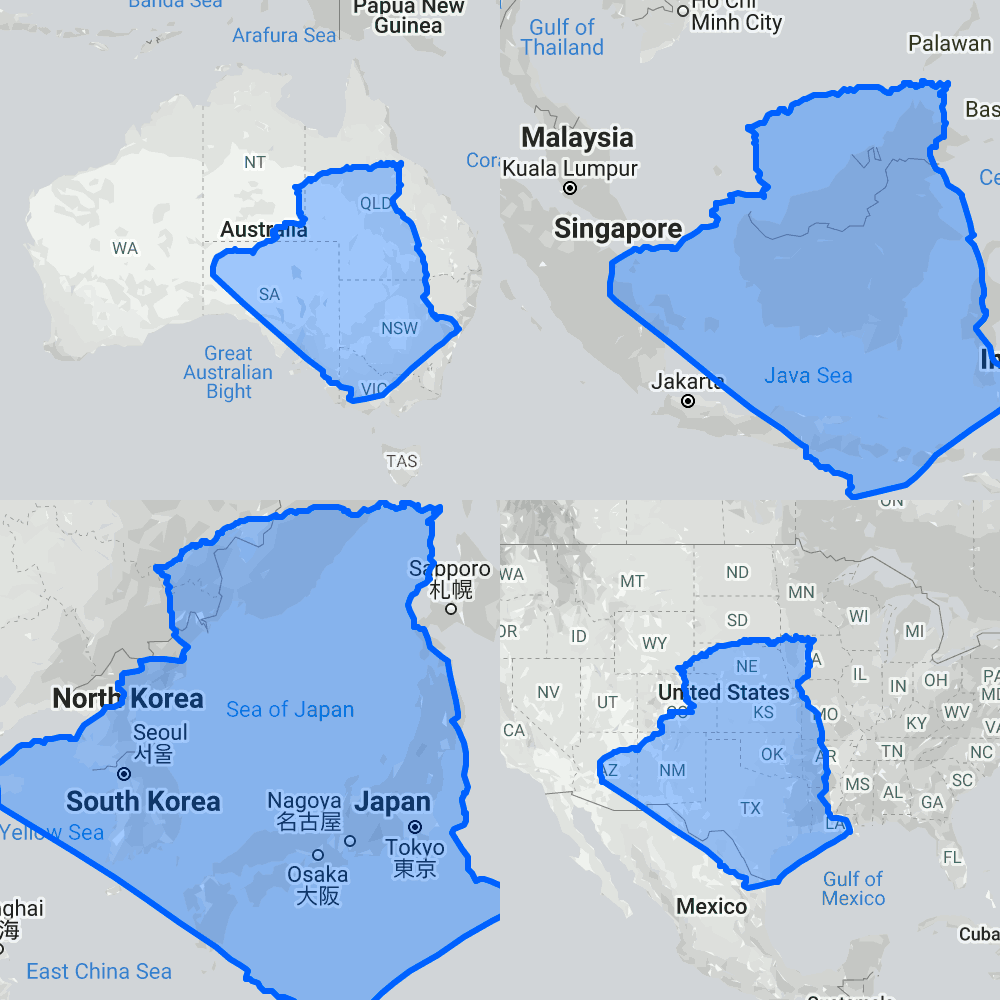