Please donate to the NSW Rural Fire Service if you want to help with the unfolding Australian bushfire disaster. Thank you. ♡ 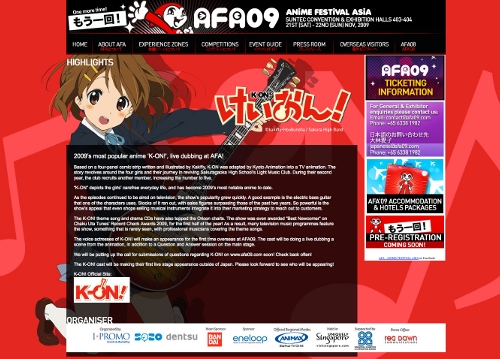 What's epic about this years one (aside from the fact I'll be back in Singapore at that time which means I could go this time!) is the seiyuus from K-On will be there answering questions and even doing a live dub!! What's more, my spell checker is telling me seiyuu should be spelt seizure. I guess that could be seen as an interpretation of an expected result of this.

Anyone planning on going this year?