Back in October I played Nero Fest 2018 in everyone’s favourite mobile game, Fate/Grand Order. I got three more copies of my beloved Umu, but as I lamented in the post: “I didn’t get Nero Bride.”

This was not through lack of trying; Clara and I must have attempted to summon here at least a quadrillion times, give or take. My public face was one of delight and joy to have been able to NP ascend Umu, but I was dejected that my favourite Saber’s alternative version didn’t appear.

So fast forward to this evening. I have bronchitis, am feeling lethargic from medicine, and am tired from waking up coughing all night. I saw the Fate CCC Pre-Release Campaign had started, with a limited chance to summon her again. Why not, I thought with the energy of a wilted piece of lettuce.

So I hit the 10× Summon button, and returned to watching those oddly comforting tailed logs on another screen. 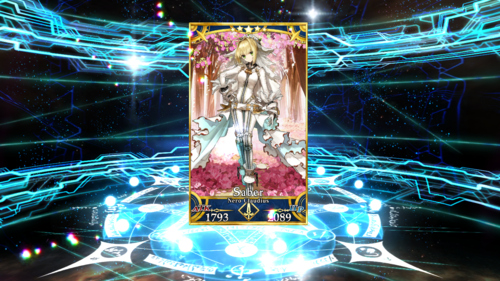 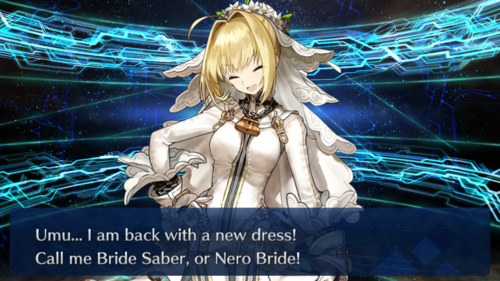 The pseudo-random number generators on those remote servers had entropy fed from most favourable sources this evening. Look at me trying to mask my excitement; I can’t believe I got her!