I discussed last month the virtual envelope system of budgeting, and that You Need a Budget (YNAB) was the best software for implementing it. Unfortunately for our use case, this was long replaced by a subscription web service, and YNAB4 became abandonware.

There are so many other competing tools you can use, but deep down I didn’t want to be locked into another vendor’s design decisions and file formats again. So I finished the post by setting a target for myself:

Over the last month we finally did it, and this week I reached a milestone where I budgeted in the spreadsheet instead of YNAB for everything, for the first time in half a decade. Hitting ⌘Q after confirming all our data had been successfully exported felt like the end of an era. 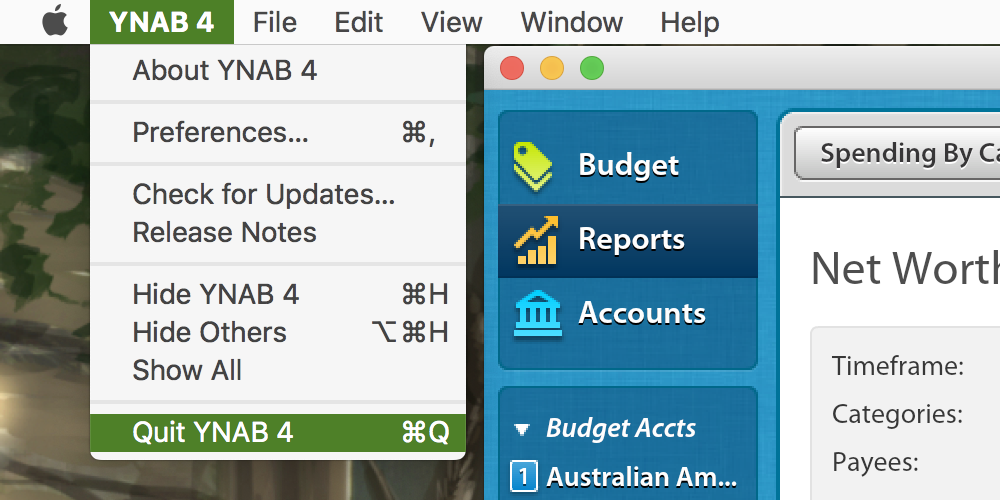 The spreadsheets consist of a relatively simple AutoFilter’d chequebook sheet with each expense classified by account and envelope, and a budget sheet with a series of SUMIFS() to allocate and track spending in each envelope per month. We’ve also added features we’d always wanted, such as basic burn-down charts for each envelope using data bars, and basic multi-currency support.

Saying it’s functionally-equivalent to YNAB would be more of a stretch than the lyrca I see some people wear at the gym, but for our needs it’s perfect.

(The earliest versions used SUMPRODUCT(), but I was able to refactor them out for noticably better performance. I am by no means a spreadsheet expert, but I’d say its flexibility and elegant syntax is easily outweighed by its sluggishness; at least under the limited circumstances I’ve used it).

Thanks to Jesse and the YNAB team for introducing us to this system, and instilling in us the discipline to carefully plan for and track everything: it’s absurd what a difference it’s made. As I wrote in that first post:

Tracking each cent might seem tedious, but I reconcile my accounts each weekend over coffee and derive a tremendous amount of relief knowing that I have an exact picture of my finances. It also makes tax time, investing, and budgeting for large expenses ludicrously easy and stress free. It’s not that I have time for it, as much as I don’t have time not to do it.