On the day Australia’s prime minister lost power, so too did my iPhone 7+. The Lightning-headphone adapter I begrudgingly used had been working sporadically since last Thursday, further fuelling my resentment for its necessity and existence.

Upon waking Friday morning, the phone hadn’t charged in the intervening hours, and had lost sufficient power to give up the ghost entirely. No combination of spare cables, plugs, chants, or laptop USB ports revived it from its Lightning-induced stupor. Not the first reaction that springs to mind when picturing a violent meteorological event, despite its relative brevity.

A Genius Bar tech in the Sydney George Street store saw the port wasn’t communicating with the phone, confirming my suspicion it was the port itself and not the battery. To their credit, they swapped my phone out, right there, right now, for free. For people who claim Apple is overpriced, this is one of the many things you’re paying for. 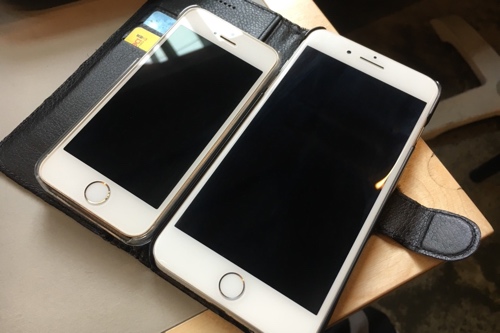 But in the interim, I went back to my iPhone 5s. I did a restore of the 7+ to the 5s in iTunes, but it was so slow I did a clean install. Some observations:

I emphasise though, that’s the result of using the latest iOS on a four year old phone. In case you haven’t noticed I’m extremely impressed.

So I’m going to keep using it, as an experiment! Now that my new Kindle has usurped the giant iPhone 7+ from its book and manga duties, if it turns out I can live with the smaller screen, an iPhone SE may be in my future.