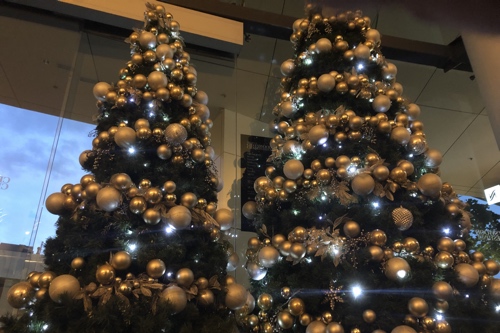 Merry Christmas, if that’s your thing! I’m not religious either, my father is German, that part of the world where the original Yuletide celebrations with trees, decorations, and holiday food came from :).

This is a bit of a ramble as I sit here with some vanilla spiced coffee.

A not insignificant number of my personal projects have been built, started, or finished around Christmas each year. It’s a break from studies and work, there was often long travel involved, and the season filled me with optimism.

Among my favourites was, funnily enough, taking the previously-mentioned Aeroline bus from Kuala Lumpur to Singapore one year around the holidays. I had my venerable MacBook Pro 1,1 out on the top deck, learning Ruby from the Pickaxe book while listening to Tony Bennett.

In the lead-up to Christmas this year, I finally got some time to do some blog housekeeping. I’m planning to make the jump to Ghost at some point, now that I have the stack playing nicely in FreeBSD jails. But in the meantime I’d let a lot of cruft build up; malformed frontmatter, unfinished draft posts, missing metadata, broken links. A decent chunk is now fixed.

I also made the decision to import the Rubenerd Annexe blog in here. Self-entitled blogging experts used to comment that you should never stray too far from a few topics, so I kept ancillary stuff on a separate site. It was on my awful Perl CGI scripts at one point, then Tumblr, Fargo, Jekyll, even MediaWiki. I’d say only half are done now, but it’s a start.

(Those same experts say you shouldn’t blog about blogging either, because heaven forbid you discuss something you’re interested in. I’m so glad I stopped paying attention to them).