Australian pronunciations and words are interesting. Much of what we say and spell is derived from British English, or what the internet has come to refer to as Commonwealth English. But we let slip with a few American terms that I had to get used to coming back from Singapore, like truck for lorry, soccer for football, and we also called our upper house a senate.

And then there are terms we share and even spell the same, but are pronounced differently out of varying degrees of necessity.

Take network routers: Australians pronounce them the American way like rawrter, instead of the British rooter. To root someone in Australia is to engage in sexual activities, presumably owing to a root’s vaguely-phallic shape. This is also why Americans should never encourage an Australian by saying they’re rooting for them, unless it’s for a specific risqué encounter. 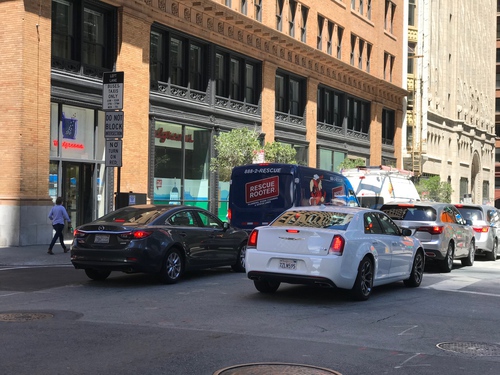 And its why my boss and I got a kick out of this van. San Francisco, where people get Amazon goods, restaurant food, and other things delivered to their doors.