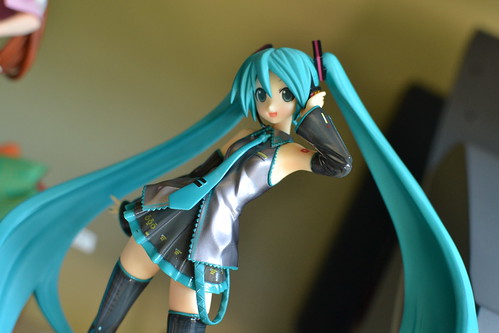 How’s that for a birthday age obfuscation? But I digress!

Forgive the ramblings of this ancient person

I’ve long since approached that age in my 20s where the idea of birthdays fills me more with dread than excitement. The fact my mum wasn’t there to celebrate it still makes me choke up. Naturally, my birthday fell on my six-hours-of-class-without-breaks day. Our home has no internet, and is still filled with boxes. There’s no World Peace, or jet packs.

By all accounts, it was shaping up to be a thoroughly depressing, awful birthday for a nerdy individual such as myself. As it turns out though, I had an amazing time!

I met with my beautiful girlfriend Clara in the morning where I got lots of warm, tender hugs, some amazing ThinkGeek shirts, and a Good Smile Company Hatsune Miku fig! She’ll be joining my Kyon and Yuki nendoroids and my Star Trek iPhone cover that she’s given me over the last week. I don’t deserve all this!

Before my six hours of classes, some of my closest friends from UTS met up and bought me Japanese Curry at Daruma in town, which I really appreciated. My friend Sebastian went out of his way and procured me some Coffee Alchemy beans! Marrickville is a LONG way from Hornsby, so it was thoughtful AND practical gift!

It turns out my networking and cloud computing tasks were relatively straight forward this week with summary routing and SaaS architecture. I’m sure the staff didn’t do this on purpose for my birthday, but I’ll pretend they did.

When classes had ended and it was 9pm, Clara and I hitched a ride on a comfy express train to Hornsby, eating some pollo quesadillas and guacamole. We talked, laughed, cuddled, made a huge mess of the Mexican food, and generally had a wonderful time. Did I say before I’m a lucky guy?

Arriving back in Hornsby, I met up with my epic sister Elke for some hot chocolate and family bonding at the late night Oliver Brown café, then headed to the 24 hour K-Mart to get a spiffy new kettle, as one does. It reminded me of our outings back when we were both studying in Adelaide, or our 7-11 runs we’d make in Singapore to stock up on supplies before we’d watch some LAO. 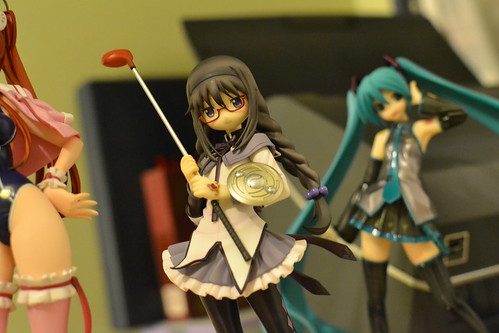 Given we all had uni on the Wednesday, the following Saturday we all met at Starbucks in town, then headed to Hornsby for a Korean dinner. I was able to catch up with @fekete_rigo and @Valtism who I hadn’t seen in a long while, as well as the @hanezawakirika, @@Sashin9000, @Sebasu_tan, @Adasifs, @maidforclass, and @JamieJakov gang.

While the presents were all fabulously thoughtful (Dennis Ritchie love from @Valtism, a hand drawn picture of The Hitch from @Sashin9000, cake from @Sebasu_tan and an amazing Homura fig from Madoka Magica!) the real thing I appreciated was the fact I was hanging out with friends who put up with my lame puns, bad jokes and whatnot. I’ve never had this many friends before… lesson learned, if you’re awkward, join a club, seriously! 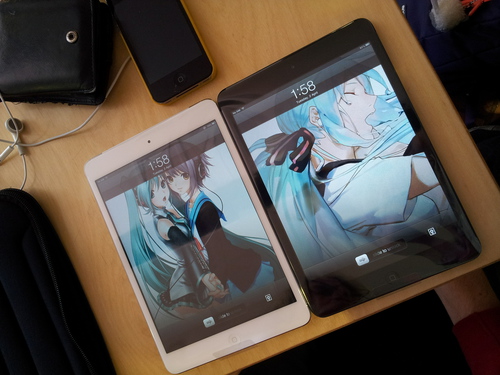 The last of the extended birthday celebrations occured yesterday, when my sister’s and dad’s present to me finally arrived! TNT tried their best to mess up the delivery, but after three attempts they finally delivered my new white cellular iPad mini this morning. It’s white and shiny, and Elke even had the phrase “The Rubenerd iPad” engraved on the back!

Thanks everyone again for a wonderful week ^_^