I've briefly mentioned this particular issue in passing with regards to the Great Firewall of Australia and to a lesser extent the persecution of South Australian gamers, but now I'm going to rant and complain about it for an entire post. Two words: caramel macchiato. Wait, I got distracted. Two words: brain drain.

The Conroy hits the fan

Despite all the conspiracy theorists who claim governments are secretly coordinating to keep track of us, as globalisation takes hold governments actually have less control over their people and what they can and can't do. If the case is made that Australia values lip service to blocking material they [secretly] deem inappropriate over the viability of Australia's fledgling IT industry, intelligent people will actively avoid doing business in Australia. This will hurt everyone. 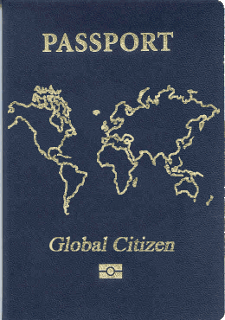 It gets worse than that. I grew up in Singapore and went to the Australian International School with several hundred other expatriate children. Most of them decided to return to Australia, but a statistically significant number chose to remain overseas. I have friends living in Japan, South Korea, Hong Kong, the United Kingdom, and Canada; we consider ourselves global citizens without obligations to any one state. It would be naive to say these people avoided returning to Australia primarily because of the filter, but if they're focused on IT it would be crazy to consider returning, and they've said as much.

In high school economics we learned about Australia's brain drain problem, that many of Australia's best and brightest would move overseas to work. This filter will act as much as a push factor as overseas opportunities act as a pull, and if Steven Conroy, Michael Atkinson with his rabid obsession with labelling gamers as evil and the Labor party are aware of this (heck, even if they're unaware) they should be held responsible for the further flight.

The bottom is the best place for an ending

Welcome to the 21st century Steven Conroy and Michael Atkinson. If you piss off well educated people who have the means to travel, they will simply wave, move away, apply themselves passionately to their jobs in a society that values their contributions over lip service and pay their taxes to them instead. It's your call.

Now if you'd excuse me I'm off to take the subway three stops then grab a cup of coffee in a cafe with free WiFi that's faster than the home internet connection I pay a small fortune for in Adelaide. I don't need to worry about a timetable because if I miss the train there will be another one in two minutes.