Alas, while the Wordle.net blog is still around, the original site is not. But the Wordart.com site still lets you import text and generate some silly fun, and it ended up with something far more detailed: 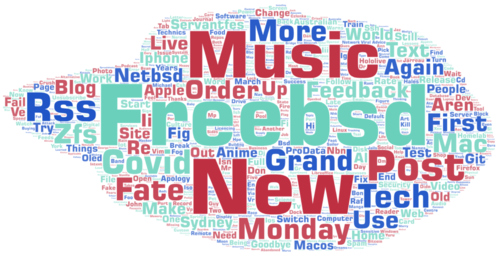 FreeBSD didn’t come as a surprise, nor did my renewed interest and advocacy for RSS. I talked about music more than I expected, and I’m pleased to see that virus didn’t get more of a mention. Lots of new stuff too, it seems.