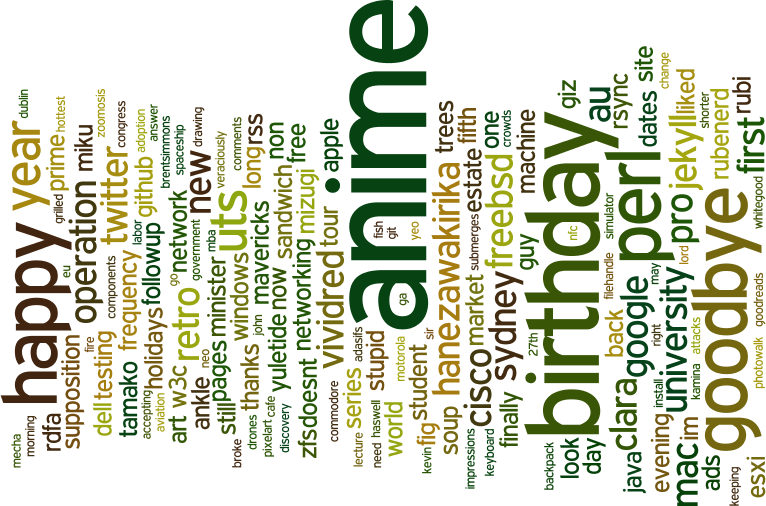 In what has become an annual tradition around new year, I post a Wordle of the previous year's posts. A thoroughly unscientific attempt at data mining my own stuff, but fun nonetheless!

At least according to the headings, I continued to talk a lot about anime in 2013. More surprising still, I seem to have spent a long time saying goodbye and happy birthday. Here's hoping 2014 will have more of the latter, and less of the former.