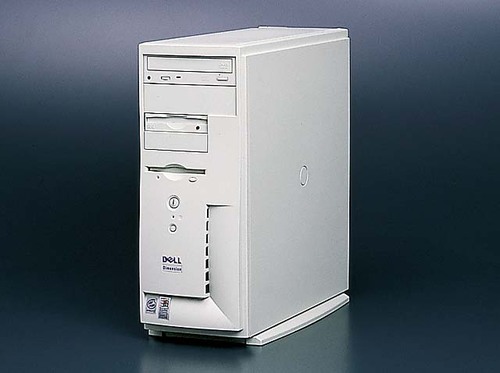 Responding to my Compaq Presario post, @dai1313 on Twitter posted a link to the beigetastic PC box he had. I recognised it instantly, a early Dell Dimension tower!

While I wasn’t a fan of Dell, there was something understated and clean about those designs. This was the height before everyone desperately stuck coloured plastic panels everywhere in a half-arsed attempted to emulate the entirely new iMac. Then everyone went black, and nobody went back.

Just as 1980s Commodore computers have seen a resurgence in interest because people grew up with them, kids who grew up in the 1990s will have seen these, and I’ll bet a few would pay for modern replicas of their old machines. Laugh all you want, but nostalgia can be a powerful force!