It’s Friday Fanmail time, that series where I check my inbox for content which is definitely not spam. Today we have someone who’s name generator came up with Machon Baker; too good a name to ignore putting in my next novella:

Machon Baker entered the hyperbolic chamber, easily the worst bends cure ever devised. His body bore the weight of an entire human as he crossed the threshold in both hands. “Why must my blood composition necessitate such grip!?” he clenched, as if held in a trance or other electronic music score. At most, his bread only needed one to two of them; a handy number.

But I digress. Paragraph six—yikes—details:

His hands held a calculator and other digital protrusions.

Damn it, it overflowed. Let’s try quoting this again:

In order to have high SERP ranking and vibrant social media presence, you must overcome technical errors that prohibits search engine to index your website with accurate and fitting keywords for better optimization. A fully furbished website with high quality content based backlinks is necessary along with active updates on social media portals to increase the popularity and brand awareness.

Their English is still better than any second language I speak or write, but if I may offer my own suggestions Machon:

I often fall afoul of these too, but I always apologise to the chicken.

It’s been two days since Robin Hood conversed with Jeanne Alter in the Servant Summer★Festival 2020 of everyone’s favourite mobile game. I love how just a few short years ago that entire sentence would have seemed inexplicable to me, and chances are for many of you it still does. FGO is a lot of fun, equal parts visual novel and pseudo-card game.

But I digress; Jeanne Alter continues to win Clara and I over with her dialogue and over-reactions! 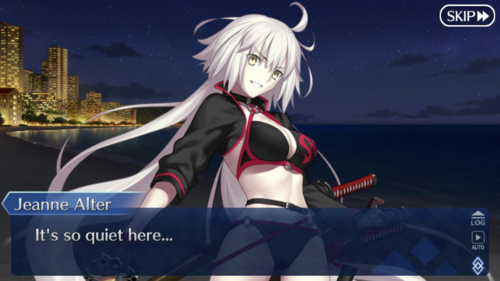 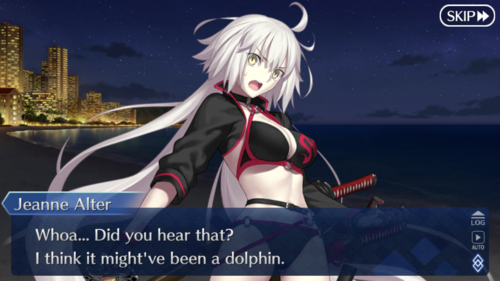 This is my first blog post written on a new work MacBook Pro, or laptop, or notebook, or whatever people call it now to indemnify themselves from delivering leg burns to an unsuspecting operator’s leg. Where else would you deliver a leg burn? This process turns out to be a fantastic way of testing that my personal toolchain works through and through. Publishing blog posts, not burning legs.

It is remarkable how quickly we can get systems moved over thesedays thanks to a combination of homelab FreeBSD OpenZFS servers, encrypted cloud storage, version control repositories, and some YubiKeys. It also occurs to me that I’ve referred to toolchains, thesedays, and YubiKeys despite MacVim insisting both be hyphenated. This comes across as a bit hypocritical given it should probably be Mac-Vim. Yes that was a joke.

Have you noticed how many people spend their personal lives correcting people for jokes, when the entire setup—or should that be set-up?—depends on it confusing something. Had I not said the above were a joke, someone would have informed me that :spell in MacVim comes from Vim, and that MacVim is merely a shell. To which I would have said no, a shell is the hard, outer surface of a sea creature predisposed to producing them.

Don’t mess anything up, and I’ll consider that all the features I need. My other machine runs Mojave specifically because of the stories I’ve read. About computers, among other things. Like bagels.

As quoted by Miles H. Davidson in Columbus then and now: a life reexamined:

The King of France complains that I have twice deceived him. He lies, the fool; I have deceived him ten times and more.

The dialogue in Servant Summer★Festival 2020 on everyone’s favourite mobile game has been so much needed fun over the last couple of days. Jeanne Alter’s expressions and comments are particularly priceless, as is Robin Hood’s baiting, deadpan delivery. 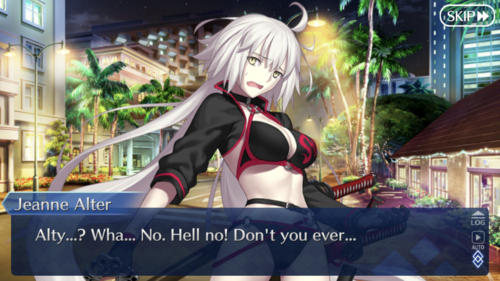 She might already be one of my new unexpected favourites, and I’m normally such an arts-heavy, defensive, Lawful Good kind of player. Dare I grail her to a five star equivalent?

Maybe I also enjoy summer events in mobile games because it distracts me from Southern Hemisphere winter. It’s been a bit warmer the last few days, but by Australian standards it’s still decently chilly.

The footer of the GNU website includes this friendly graphic inviting you to meet the Free Software Gang:

Look closely and you can make out Beastie, the BSD mascot and basis of the FreeBSD logo, peeking out behind the GNU. And on the left you can see Puffy, the unmistakeable logo of OpenBSD.

(I don’t see NetBSD or DragonFly BSD anywhere, but let’s pretend the latter is buzzing around an orange flag atop the Inkscape mountain. They can always ride on an illumos phoenix to get there).

We may have our disagreements abut licensing, but anything that fosters collaboration is a good thing. Linux benefits from some of FreeBSD’s userland and utilities, everyone uses OpenSSH from the OpenBSD project, and desktop BSD users like me run GPL’d window managers or desktop environments.

The Free Software Gang page lists the following under Operating Systems and Friends:

Notice anything missing? Xfce and LXQt aside, of course.

Refusing to mention or link to the BSDs, despite padding out their own graphic with their logos, strikes me as a tad disingenuous. The Free Software Foundation consider their licences free and compatible with the GPL.

For an FSF site so preoccupied with licencing and software freedom, they literally violated—if only in spirit—the only clause in the modern BSD/ISC licence, which requires attribution. I’ve come to expect that more and more; free software either means GPL, or GTFO. Which is a shame, for the reasons stated earlier in this post.

I only just came across this video from April 2017, but it’s been a pleasure listening to these two gents discuss these topics near and dear to my heart while I have my morning coffee. 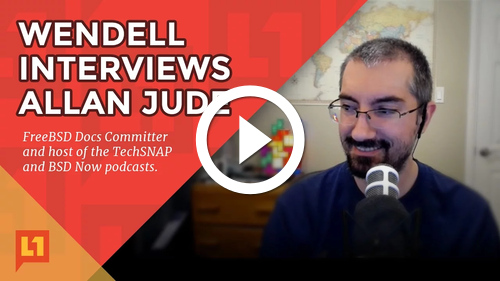 I’ve made the point that ZFS’s integrity checks and copy-on-write characterises are why it’s the only file system I trust, but Allan really drives home the other key point that I think is often lost in the debates: ZFS is a pleasure to use.

What set ZFS apart: when they were building it for Solaris—unlike a lot of other file systems where they’re written by developers, for developers—the point of ZFS was to make storage admin easy. They wanted adding more storage to your server to be just as easy as adding more RAM.

If you have more experience with Linux, Allan also helpfully touches on how it compares to tools you may familiar with, like LVM and btrfs. He also discusses optimisation, dtrace, FreeBSD, TRIM on SSDs, and most maddeningly of all, continues to flaunt his awesome tetris light.

The 3.5 mm headphone jack is such an elegant and under-appreciated piece of engineering; the rare occurrence of a design getting it so right that it stands the test of time. I was starkly reminded of this yesterday when I lost my Lightning adaptor for my iPhone 8, and had flashbacks to when the industry decided to wholesale drop it.

Among its many indelible features, the plug is:

The good news is music-focused companies—like Apple used to be—are realising the value in the port and are bringing them back. I dislike Android, but that would be one feature compelling enough for me to check out. 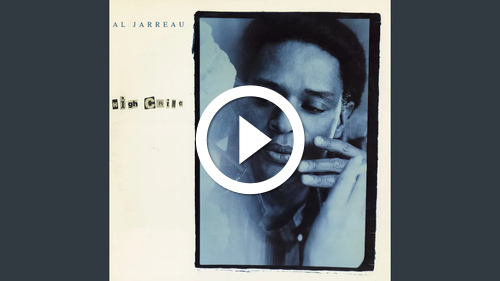 Today’s Music Monday comes from a vinyl LP Clara and I bought from a second-hand store while we were in the Blue Mountains in late July. I haven’t been able to get this absurdly-catchy tune out of my head since my quartz-locked, linear-tracking, direct-drive Technics turntable gave it a spin.

Al Jarreau’s collaboration with George Benson on Givin’ it Up is one of my favourite albums of all time, but I don’t know as much about Al’s back catalogue. I’m rectifying this!

The entire High Crime album is on iTunes/Apple Music and the YouTubes.

With the update to its mobile devices, Apple will ask users if they want to let app developers track their activity across other apps and websites. Apple has not said when iOS 14 will launch, but it’s expected to roll out this year.

I’ll be interested to see how Android will respond to this, if at all. It’s traditionally lagged behind the industry along with Chrome, for obvious reasons. It’s interesting, and perhaps a bit sad, that so many of my purchasing and IT decisions are made based on something being less bad than something else on a metric I care about.

FreeBSD and NetBSD are probably the only platforms I use now because I enjoy them.